I went to the graduation concert of my wife's cousin's daughter.
She is a very popular singer in Japan.
She made a constant effort for 11 years and became a star.
Efforts to date have appeared in a bit of gestures and expressions.
Her smile and tears shone beautifully.
17,000 fans who gathered at the Saitama Super Arena
were involved in an exciting swirl.
Thank you for a wonderful concert. 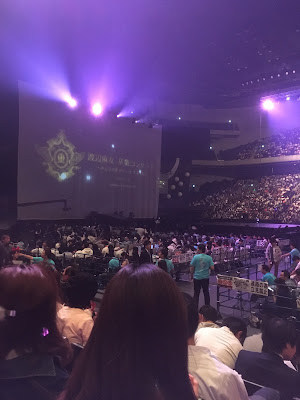